Discover the Three Tenets of Governance

A few weeks ago, Martyn Fiddler announced our Governance Whitepaper.

We want to start a conversation on governance, as well as start a movement for positive change in governance culture within businesses aviation.

This week we continue the discussion with the three fundamental tenets of Governance.

The success of a business will be largely determined by how the board incorporates governance into their decision making, their corporate structure and how they use governance to represent themselves both internally and externally.

However, this is easier said than done. Underpinning the processes of governance are three tenets:

Each of these topics are relatively easy to define, but are frequently difficult to put into practice. 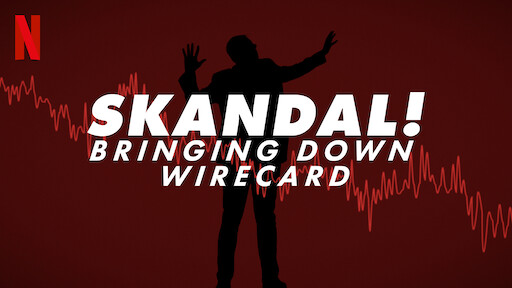 There is a further distinction: responsibility is not the same as accountability. While an individual employee may have responsibility to perform an action or take a decision, it is the manager (and ultimately the board) who should be accountable for the outcome.

In a business, the board of directors are held to be collectively accountable for all decisions made within the business – even if they did not take the decision themselves. Most legal systems have rules in place to create civil and criminal penalties against the board where an organisation commits a wrong or fails in its fiduciary duty.

Over the last 30 years, the rules on corporate governance have expanded beyond the basic duties seen in older company law and moved to more detailed regulations setting out mandatory levels of governance. Penalties for those breaching such rules can be directed at both board members individually and the company as a whole. Penalties include fines, prohibition on serving as a director and even prison.

From a cynical perspective, the timing of periodic government reviews into the sufficiency of governance rules appears to follow an international corporate scandal whereby board accountability is lacking and the suffering is experienced by the business’s stakeholders. For example, the Cadbury Report that led to the first code of best practices for corporate governance in the UK followed the Maxwell Corporation and Polly Peck scandals in the early 1990’s.

In the US, the Sarbanes-Oxley Act 2002 was a reaction to the Enron, WorldCom and Parmalat scandals. And most recently the in the UK, the UK Corporate Governance Code following the 2008 financial crisis and Carillion collapse.

Despite the increased regulation and strongly recommended adherence to codes of best practice, 2021 witnessed (amongst others) the WireCard and Greensill Bank scandals in which the strict separation between banking and commerce elements of the organisations became blurred. The investigations into each scandal remain ongoing at the time of writing and it is likely that more negative information will be forthcoming in the future.

In each scandal the media highlighted the insufficiency of the decision makers in each business being held to account. While it would be naive to think that laws and codes of best practice will eliminate scandals such as these in the future, the stories may have been different if the boards of those companies had embraced a culture of accountability into their governance structures from top to bottom.

It is a basic expectation that members of the board should act with integrity. To expect anything less than telling the truth, acting honestly and holding strong moral principles from those leading a business would destroy trust and devalue it in the eyes of stakeholders. The same level of integrity is expected in decisions made by the board, documents they produce and statements they make.

Yet it is almost impossible to read the news without one story appearing to show a prominent business leader having acted inappropriately.

While it is true that integrity can be subjective, numerous employee surveys show the ethics and values of an organisation are more important than salary levels, and are a key factor in deciding whether or not to join or leave a business. Lack of integrity from the board can create a toxic culture as it flows into different levels of the organisation.

In 2021, an open letter from former employees of UK company BrewDog described a “rotten culture of lies” and a business in which “growth, speed and action” were valued above all else by the board. The primary claims were pointed at the founding directors of the business leading to negative press, further employee departures and many investors reconsidering their ties.

In some cases, lack of integrity leads to what is known as whistle blowing. Special legal protections have been put in place for ‘whistle-blowers’ in many jurisdictions to allow employees to speak to authorities regarding breaches of law and governance without fear of persecution.

In 2021, former Facebook Product Manager, Frances Haugen revealed her identify as the whistle-blower who had disclosed over 10,000 pages of internal Facebook documents to the US Securities and Exchange Commission (SEC). The disclosure led to a reckoning over what Facebook’s executives knew about its contribution to teen mental health issues and to human traffickers’ open use of its services. The documents paint a picture of a business which is often aware of the harms to which it contributes to its users and places profit over ethics.

Ethical scandals in business can hurt the look and reputation of a corporation. Employees and consumers get a negative view about its leader’s integrity.

How a business reacts to ethical scandals and dilemmas that happen (big or small) speaks volumes about their core practices and values. For example, in 1997, numerous protests were held over Nike’s use of low-cost, maltreated labour at its overseas factories. The following year, the CEO acknowledged that “the Nike product has become synonymous with slave wages, forced overtime, and arbitrary abuse.”

Following this statement Nike adopted a code of conduct for its plants and implemented a factory auditing system - Nike is now a leader in social sustainability through good governance culture. The company produces detailed reports on its efforts to improve working conditions and protect worker rights in its supply chain, and in 2005, it became the first company in its industry to publicly disclose its factory base. While other retailers suffer with revelations about unsafe conditions overseas, Nike is able to keep its brand focused on what matters to its customers

“The currency of leadership is transparency” (Howard Schultz)

In the landscape of governance, transparency is the practice of openly and honestly disclosing information to stakeholders in a business – such as shareholders, investors, employees and customers. For example, financial transparency refers to the openness and willingness to disclose financial performance figures of a business which are truthful and accurate. Transparency helps build trust with business partners and to the public at large. It is also evidenced that a well governed business with a high standard of transparency reap the benefits with reduced costs of capital through higher demand for its stock and lower transaction costs.

It is easy to demand transparency – when Volkswagen’s diesel emissions scandal came to light, German chancellor Angela Merkel demanded complete transparency in response. When contaminated meat or vegetables are recalled, consumer advocates demand more transparency from food supply chains. When obscure financial instruments threaten the global economy, transparency is the proposed solution and so on. Equally there is no doubt that transparency is required to know what is happening in a business, and that information can be used in constructive ways to reduce wrongdoing. However, it is wrong to assume that complete transparency will entirely rule out bad behaviour or is in fact positive for business in general.

Studies show complete transparency in a business may actually decrease constructive, reciprocal behaviour between employees and senior team members. It can create a blame culture too focused on what happened rather than why it happened. It can also lead to employees believing the business does not have faith in their abilities, reduce innovation and create low morale. Boards must also have the ability to work privately on certain projects and human resource matters are generally considered to be confidential to the individuals involved.

Therefore, transparency alone does not create a healthy governance culture and must work in tandem with the other principles. The board should understand the importance of transparency and ensure that transparency is a means to an end rather than an end in itself. It is for the board to understand what levels of transparency are required for its business and to ensure this is communicated throughout its structure.

Even the most aware CEO’s sometimes fall afoul of the need for governance, somehow separating it from accountability, integrity and transparency.  Ray Dalio, American billionaire investor and hedge fund manager, believes that ‘governance is the oversight system that removes the people and the processes if they aren't working well. It is the process that checks and balances power to assure that the principles and interests of the community as a whole are always placed above the interests and power of any individual or faction.'

Dalio’s view on governance is that because power will rule, power must be put in the hands of capable people in key roles who have the right values, do their jobs well, and will check and balance the power of others.

However, Dalio admits that he did not realise the importance of this sort of governance until after he transitioned out of the CEO role, because he was an entrepreneur and company builder (as well as an investment manager) who largely did what he thought was best. In a rare act of self-awareness for a Founder CEO, Dalio now believes that he certainly did not create the sort of governance system appropriate for Bridgewater, given its scale.

Dalio points out, that despite its mammoth scale, Bridgewater did not have a board of directors overseeing the CEOs, there were no internal regulations, no judicial system for people to appeal to, and no enforcement system.  Dalio simply created the rules and enforced them, though everyone had the right to appeal and overturn his and others' judgments.

As a result, when Dalio stepped out of his CEO role and passed the power to others, confusions about decision rights arose. After conferring with some of the world's greatest experts on governance, Dalio put a new system in place.

Dalio is now a proselytiser for governance. He points out in his book ‘Principles’

·         To be successful, all organisations must have checks and balances.

·         Remember that in an ideal meritocracy a single CEO is not as good as a great group of leaders.

·         No governance system of principles, rules, and checks and balances can substitute for a great partnership.

Your Takeaways from Week 3 of the Governance White Paper

-       All governance systems should be underpinned by the tenants of accountability, integrity and transparency.

-       For stakeholders to have faith in a business, its leaders should be able to stand up and be accountable for the decisions of the business.

-       Many of the major business scandals which have occurred over the past 40 years have arisen because of insufficient oversight and accountability from corporate boards.

-       The ethics and values of an organisation are more important to its workforce than salary levels.

-       The requirement for appropriate transparency of a business to its stakeholders build trust and creates may business benefits. However, transparency should not be in place simply for transparencies sake – it must be considered, understood by the board and communicated to the business clearly.

The 3 tenants should not be considered in isolation; the board should consider all tenants in a combined approach when building their governance framework.

See you next week for Week 4 of topics from our Governance Whitepaper.

If you wish to catch up on Weeks 1 and 2 from the Governance Whitepaper, click here.

Heather Gordon is Legal Director at Martyn Fiddler Aviation. Heather joined the team in 2013 having previously practiced within a leading Isle of Man law ...